ABOUT US HISTORY GALLERY 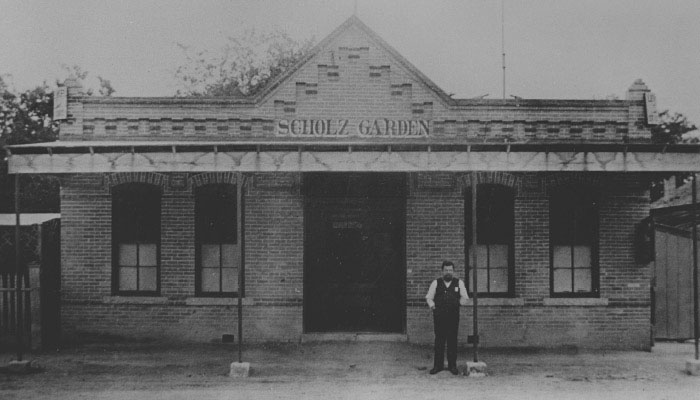 It was 1866 when German immigrant and Civil War veteran August Scholz opened his public bar and cafe over and old boarding house. He had purchased the building and surrounding property for $2,400. Soon after Scholz Garten became a favorite meeting place for the German population in and around Austin.

In 1908 German singing club The Austin Saengerrunde purchased the property and built a bowling alley near the biergarten. Bowling, or kegeln, is a significant part of German heritage. The six-lane center at Saengerrunde Hall is one of the oldest continuously operating bowling centers in the United States. The Saengerrunde Bowling Club began in 1904 and still rolls today.

Over the years Scholz Garten has grown with the Austin Community, from hosting a celebration of the The University of Texas football team's first undefeated season on 1893 to being honored by the 1966 Texas legislature with House Resolution #68, which recognized Scholz Garten as "a gathering place for Texans of discernment, taste, culture, erudition, epitomizing the finest tradition of magnificent German heritage in our State".

In 2016 Scholz celebrates its sesquicentennial, making Scholz Garten the oldest operating business in the State of Texas and oldest beer garden in America. For 150 years it remains a favorite spot for liberals and conservatives, UT fans, music lovers and families to enjoy traditional German food, raise their glasses and say Prost!